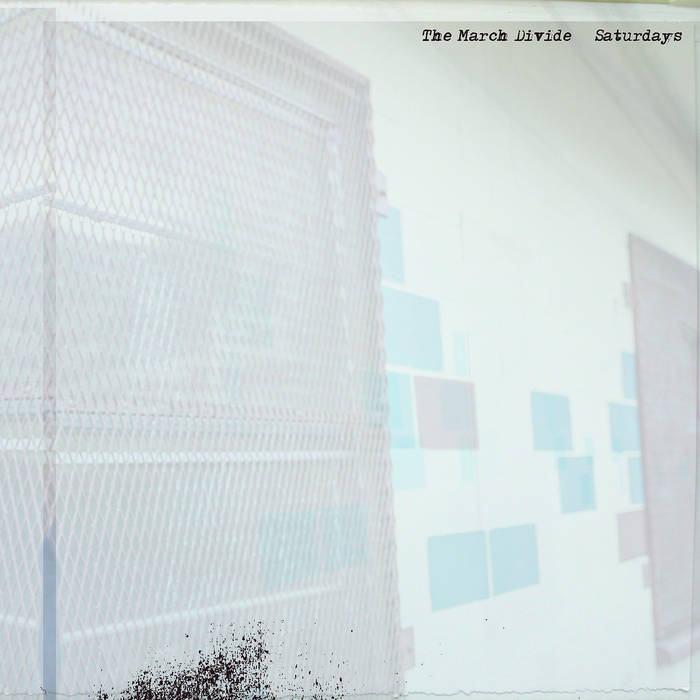 San Antonio-based songwriter, Jared Putnam, leader of the sometimes more, but usually one-man pop-rock band, The March Divide, is prolific. It’s a word used often / often misused, but when it comes to Putnam, it applies. As such, The March Divide announces the upcoming release of a new album! Saturdays follows-up two albums and three EP releases from Putnam in just a three-year period, and according to the artist, it’s his most satisfying work to date.

“I think I finally made the record I wanted to make,” Putnam says of the follow-up to 2014’s Billions and its accompanying 2015 EP “+1.” “I didn’t set out to write an album so soon after the last, but I never really stopped writing.”

As it turns out, not intending to write an album was exactly how Saturdays became one. As Putnam was less-focused on writing a record and instead on writing individual songs, he was able to get out of his usual “album writing” comfort zone, and explore new ideas and techniques that he’d never attempted before.

“I wrote several songs that are between 90 seconds and two minutes long,” Putnam explains of the result that came from reading an article about how radio stations have begun to consider airing portions of songs to accommodate the short attention spans of their listeners. “I decided to use it as a personal challenge to write short songs, but without sacrificing the things that I think make a song good,” he says. Some of these tunes, including “Take Me Out,” “I Don’t Recall,” and “Over and Over” all made the cut.

Another challenge Putnam issued to himself was to bring less traditional forms of percussion to pop songs, not in an attempt to reinvent the wheel, but to make that wheel shinier than ever.

“I wanted to try and bring the songs to a whole new level of pop sonics,” Putnam says. “For Saturdays, I took it upon myself, even with my less than impressive percussion skills, to try and make it happen.”

Realizing that he was never able to exactly convey the sound in his head to the drummers he’d worked with, Putnam went about creating “drum tracks” for Saturdays that are actually composed of hand claps, finger snaps, and tambourine. The results can be heard on the songs “This Infatuation,” “Stacey,” and “Who Are You,” with actual drums throughout the rest of the record played by Putnam’s longtime friend, Austin Busbee.

It remains to be seen how Putnam’s growing fan base (the single “I Told You So” from 2014’s Billions has already surpassed a half-million streams) will react to the new material, but it’s a safe bet that Putnam’s hard work and lyrical honesty will continue to resonate, especially on “Exit Signs,” the first single and video from Saturdays, which Putnam jokes must be about his past, because “I can’t seem to stop writing about it.”

In keeping with the challenges he set forth for himself this time around, however, many of the lyrics on Saturdays are the result of Putnam’s willingness to let go of his own expectations by tailoring words to fit the songs, whatever the subject matter might be.

“While that might seem like an obvious approach, it’s not what I’ve done in the past,” he explains. “Some of these songs are purely fiction, which I’ve never been able to write before.”

With Putnam pulling new lyrics from his imagination, instead of exclusively from his real life, perhaps he’ll double up on that musical output? For the moment, Saturdays by The March Divide arrives on May 13th, 2016, distributed by Burnside. The album’s first single and video “Exit Signs” is streaming now. The March Divide will be touring before, during, and after the release of Saturdays, as per usual.