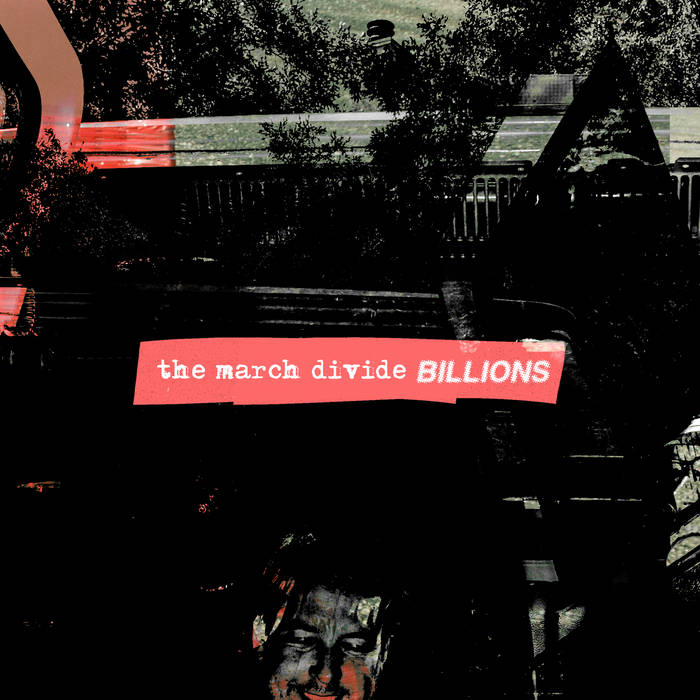 “Impressively hooky.” – American Songwriter
“Sublimely blending Athens jangle with just enough mope to attract fans of The Cure.” – BLURT
“These songs are all about lyrics and melodies.” – Babysue

As Emo bands reunite left and right, playing their old songs for nostalgia’s sake, Jared Putnam of the San Antonio-based The March Divide is unapologetically wearing his past on his sleeve, still writing these types of songs, but from an adult perspective.

“I’m finally at a stage in my life where I don’t have to bleed all over the page to write a song,” Putnam says. It seems that, as a songwriter whose previous band The Conversation came up in that tortured musical era, Putnam’s feeling pretty good.

“I was in a good place writing Billions,” he affirms, speaking of The March Divide’s upcoming sophomore full-length scheduled for release on October 21st, 2014. The new album is the most recent collection to emerge from Putnam’s near-constant level of musical output over the past two years.

“I had written a lot of songs,” he plainly explains of what he’d been doing during his six years of public silence between ending the non-stop touring of The Conversation (the band shared stages with The Strokes, Arcade Fire, Against Me! and more) and the start of The March Divide.

After he kicked back into gear and released The March Divide’s debut album Music for Film in 2013, Austin’s NPR-affiliate KUTX simply declared “this album kicks butt.” More press accolades followed, proving that the time off yielded some of the best material of Putnam’s career.

From there, Putnam just kept going, releasing an additional three EPs, and recording the upcoming Billions, along with another EP “+1” which is already in the can for an early 2015 release.

“I haven’t been taking everything so seriously, which really helped me to open up,” he says of the new material, which while less earnest than previous releases, is still completely clever.

And thanks to producer Todd Osterhouse, more accessible.

“Recording in San Antonio with Todd was a great experience. We went in and tracked the album with the intent of doing something very stripped down,” Putnam explains. “Then he suggested we let him mix a couple of songs in the way he was hearing them. We got out of the way, and he ultimately took the tunes to a more sonically appealing place.”

Fans of The March Divide will hear this progression for the first time on “I Told You So,” an uproarious “fuck you” tune about the personal motivation that comes from facing opposition. “My favorite songs are always old school, messy guitar rock like early REM or Catherine Wheel,” Putnam says of the first single from Billions. “That’s really what we were going for with this one.”

See The March Divide live this fall and winter, with tour dates in support of Billions to be announced soon. Whether or not we’ll see The March Divide paired up with a reunited Emo band is currently unknown, but Putnam assures “There will be lots and lots of shows, all over the place, both full band and solo!”

Billions, the sophomore album from The March Divide arrives on October 21st, 2014. The album’s first single “I Told You So” is streaming now.