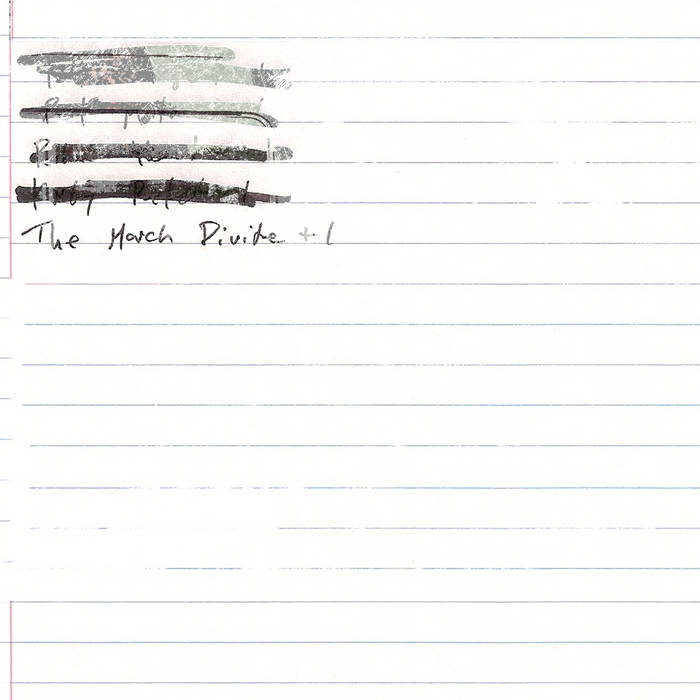 “These aren’t B-Sides!” declares San Antonio-based songwriter Jared Putnam of the tunes that comprise the upcoming “+1” EP by his eponymous project, The March Divide. Scheduled for release on February 10th, 2015, “+1” comes hot on the heels of Billions, the sophomore The March Divide full-length, which was released to critical acclaim in late 2014.

“I was really in a good place writing these releases,” Putnam says. “I saved some of my favorites for ‘+1,’ so they wouldn’t get lost in the mix of Billions.” The EP also contains several of Putnam’s guilty pleasures including his channeling of Damien Jurado and Soundgarden on the original tunes “The Breakup” and “Lessons,” as well as “Slow Down,” about which Putnam exclaims, “It’s an Emo power ballad!”

Putnam’s enthusiasm for that oft-maligned, but once again fashionable genre is deep-rooted and sincere. While Emo bands are reuniting left and right, playing their old songs for longtime fans, Putnam has been unapologetically writing these types of tunes all along, but from an adult perspective.

“I had written a lot of songs,” Putnam plainly explains of what he’d been doing during his six years of public silence between ending the non-stop touring of his band The Conversation (which shared stages with The Strokes, Arcade Fire, Against Me! and more) and the start of The March Divide.

Getting back into gear, Putnam released The March Divide’s debut album Music for Film in 2013, causing Austin’s NPR-affiliate KUTX to simply declare “this album kicks butt.” More press accolades followed, proving that the time off yielded some of the best material of Putnam’s career.

From there, he kept going, releasing an additional three EPs, the Billions full-length, and now “+1”. The upcoming release is preceded by the single “You Save Me,” streaming now. “This really is one of my favorite songs that I’ve ever written,” Putnam says. “Lyrically, it’s about helping someone close through making a bad decision, because even if it’s a bad decision, it’s theirs to make.”

Ultimately, fans of The March Divide are finding the latest material less earnest than previous releases, but still completely clever. “I haven’t been taking everything so seriously, which really helped me to open up,” Putnam says of this evolution. “I’m finally at a stage in my life where I don’t have to bleed all over the page to write a song.”